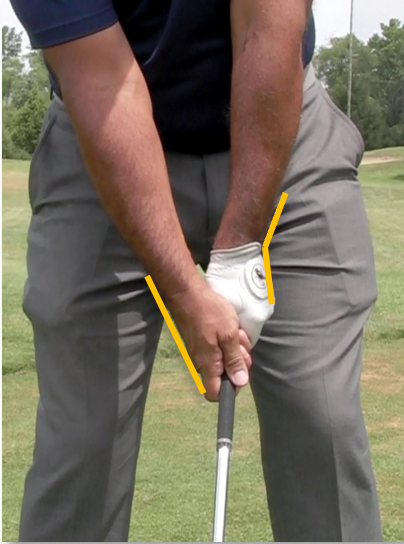 It’s important to begin with initial basic concepts for the takeaway. The first goal of the takeaway is to promote a “one-piece” movement of what I call the “Y”, which is shown in the picture as lines coming down through the two arms into the shaft. A “one-piece” takeaway occurs when each point along the two arms and shaft move back together at a similar rate of change. In reality the head of the club may move back a bit faster, but that is the only part of the “Y” that should move at a faster rate.

The mistake I see students make in their takeaway is when overly focus on trying to originate the movement with the “Y” itself. They mistakenly move the “Y” with the front parts of their body — their arms and hands. Instead, the better way to originate the club’s initial movement is from the rear of the body.

To do this, think of a “rectangle” formed by the student’s two scapulas above, and their two glutes below. If the body’s initial movement originates with the “four corners” of this rectangle, the arms and shaft on the front side of the body will move more easily together and in sync with the full complement of the body. 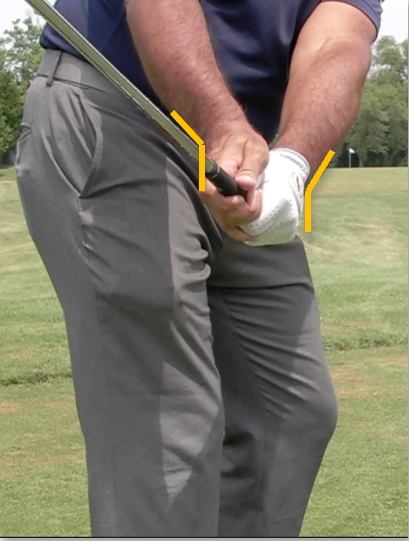 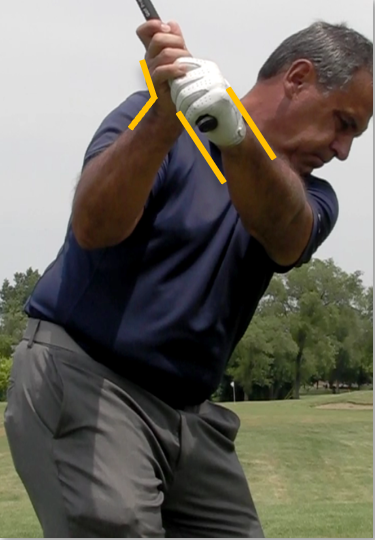